All programs are free of charge and do not require registration unless otherwise noted. 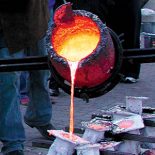 Sparks will fly during an outdoor bronze pour demonstration by artist Rian Kerrane and her students. Watch as the team works with their nomadic foundry to melt bronze ingots, turning molten metal into breathtaking art using the lost-wax casting method. Finished artwork will be exhibited to fully encapsulate the creative process from start to finish.

Every voice counts! The right to vote in the United States was a long-awaited victory and a hard-won battle for many citizens. What obstacles have been overcome over the years and what rights are in jeopardy now for our citizens? Join the Loveland MLK Events Committee for a multi-media program and community discussion on our country’s voting rights history, and share your voice in this discussion during the 2016 election season. 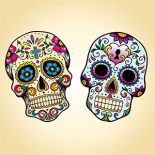 Explore the meaning, mystery, and magic of Day of the Dead, one of the most important holidays of Mexico, that is also celebrated here in the United States. Enjoy an evening lecture with film while indulging in an assortment of traditional Mexican treats.

Book Synopsis:
When young Mariano Medina witnesses a vicious attack on a girl he adores, he flees in inexplicable terror. Fifteen years later, as a grown man training horses along the Oregon Trail, he has a chance to redeem himself if he can overcome his cowardly urge to flee. His choice will lead Medina back to the land of his childhood, where he must confront his darkest fears and uncover the hidden source of his panic in the ghostly stare that haunts his dreams.

This is the story of a man’s quest for courage, respect and love in an unforgiving land. Based on real characters who lived on the frontier during the lead up to America’s 1846 war with Mexico, David M. Jessup has woven a spellbinding prequel to his award-winning first novel, “Mariano’s Crossing.”