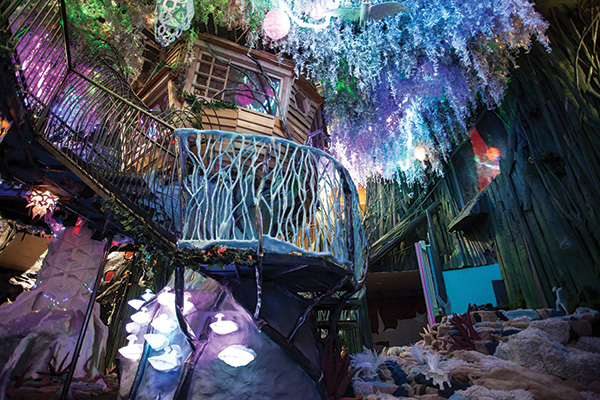 When a group of young DIY artists in Santa Fe can’t find a door into the art world, they blow open an entirely new portal with their grit, passion, and tenacity. Within just 10 years- and with a little help from George R. R. Martin- the group called Meow Wolf ultimately hits a cultural nerve and garners massive, unexpected success with their exhibit, House of Eternal Return.

In one of the most unlikely success stories you’ll ever see, Meow Wolf: Origin Story takes us through the meteoric rise of a penniless, anarchic art collective as it attracts the support of Martin (Game of Thrones) and morphs into a multi-million dollar corporation. With the opening of House of Eternal Return, the group sets its sights on new exhibits around the world (including a new ride at Denver’s Elitch Gardens, set to open at the end of April 2019). Origin Story follows the seven eclectic founding members and hundreds of volunteers as they struggle with fracture, loss, success, and failure over a decade – while constantly redefining themselves and what art can really be. Meow Wolf is comprised of over 300 employees creating and supporting art across a variety of media, including architecture, sculpture, painting, photography, video production, cross-reality, music, audio engineering, narrative writing, costuming, performance, and more.