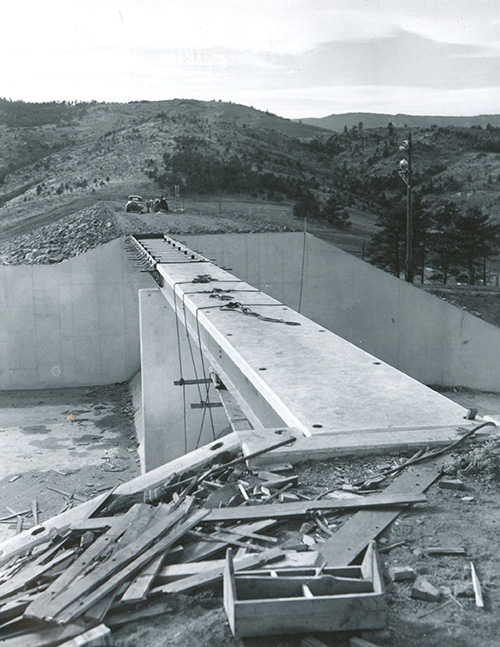 A dam is a structure built across a river or stream to hold water. People have used different materials to build dams over the centuries such as rocks or clay. Dams provided farmers with a steady source of water to irrigate crops. During the Industrial Revolution, engineers began to build bigger dams, using concrete. These industrial-sized dams could hold back more water to power the big machinery of factories and mines. They also could turn giant turbines to generate electricity.