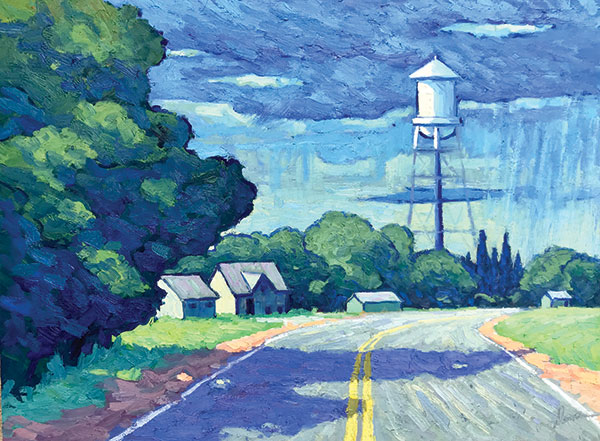 Colorado artist Dena Peterson was honored to be selected as one of 120 international artists for the film, “Loving Vincent,” truly a labor of love and tribute to the life and struggles of Van Gogh as told through his paintings.

“As artists, many of us can relate to Van Gogh’s struggles, which is why his life strikes such an emotional chord.”

An award-winning artist, Peterson’s paintings have been exhibited in regional, national, and international exhibitions.

Dena will share her experiences as a painter and animator for the Academy Award-Nominated film, “Loving Vincent”. Peterson spent 5 1/2 months in Gdansk, Poland working on “Loving Vincent”, the first fully hand-painted feature film about the life and death of Dutch painter, Vincent Van Gogh, as told by characters in his paintings.

Loving Vincent is a 2017 experimental animated biographical drama film about the life of painter Vincent van Gogh. It is the first fully painted animated feature film, written and directed by Dorota Kobiela and Hugh Welchman. In a story depicted in oil painted animation, a young man comes to the last hometown of painter Vincent van Gogh to deliver the troubled artist’s final letter and ends up investigating his final days there.